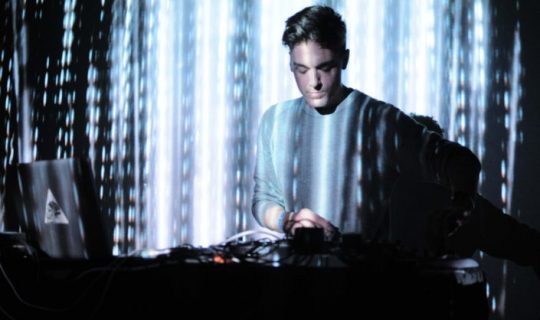 Multitalented german artist Kuedo is bringing his brand new created AV live show to MIRA Berlin. In collaboration with deviceful digital arts studio Werkflow, constructed with next generation game engine technology they will perform immersive real-time animations.  The result is a visceral live show spectacle of sight and sound that will be one of the must-sees for this year.

Since the release of his seminal Severant album, Kuedo has been paving out new roads for his uniquely enthralling, futuristic sci-fi soundtracks, with an increasing focus on sound-design and composition. Together with Joe Shakespeare he recently also co-founded the art and music imprint Knives, which saw his highly-awaited, and critically-acclaimed new release, Assertion of a Surrounding Presence EP, which The Quietus eloquently reviewed as dipping a toe into the future, dares to bring back a drop.