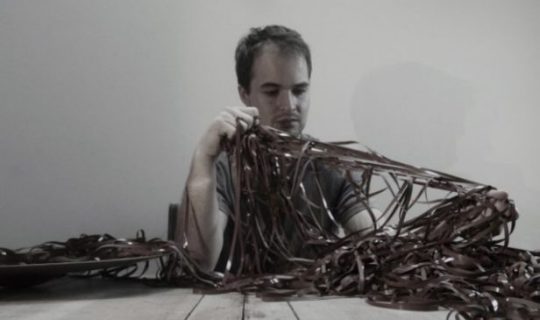 Vessel -real name Sebastian Gainsborough- is a 24 year old English musician and an innovative and intensely unique, young, electronic producer who has developed a sound that still has the potential to confuse and confound, but one that is now identifiable as being very much his own. Taking influence as much from the bass heavy heritage of the city around him as from sounds emerging far further afield, he creates exciting, unclassifiable music. Using techno and house as a jumping off point Vessel manages to twist these things into something unconventional and alien, often creating music that sounds as if it’s rhythmically out of control when in fact it’s all tightly controlled chaos.

At MIRA Berlin he will be performing a Live AV show in collaboration with filmmaker Pedro Maia, with an additional footage by Harry Wright, inspired by the music and the visual universe of Vessel’s “Punish Honey”.